There's a potential to find a few creative solutions to long-standing problems - IFF (that's if and only if) we can exercise patience, restraint, skillful speech, and wise discernment. That brings us to:

It's easy this week to take for granted that everyone around us in on - and appreciates - the same joke as us. Good natured ribbing at the speed of Hermes is all well and good until someone gets hurt. And unlike the wounds from sticks and stones - we can't exactly splint up or apply a salve to the lacerations we get by words.

The Oh Fuck Me:

*please note: "oh fuck me" is my way of subverting normalizing pretty privilege (i.e., not 'the good the bad the ugly, but instead "the good, the meh, the oh fuck me"); I'm not at all suggesting these outcomes are guaranteed, but that these would be some of the most extreme manifestation of the same energies described up above.

Overall:
the oh fuck me part of this week is that the benefits we might be able to creation/receive/attain all require navigating the pronounced pitfalls of the very same astroweather.
It's giving me Dante's Divine Comedy vibes - we gotta traverse the nine circles of hell to make our way toward paradise. In this case the nine circles are wrath, cruelty, impulsivity, carelessness, passive aggression, deceit, manipulation, gullibility, overdoing it, and not giving a fuck (about the fallout/consequences of our actions).

Week in a (wal)Nut Shell

Monday is just a lot.
And Tuesday comes with a high potential for feelings get hurt by words that wildly miss the mark.
Wednesday, in comparison, is kinda fine, I guess.
Thursday is another hot potato.
Friday is a day I think we're all gonna welcome the chill and digest pace.
Saturday is... grindy, grimey, gross feels gotta get cleaned up somehow. I don't know anybody who delights in this kinda processing, but it's the work that makes way for wholeness and holistic wellness.
Sunday is so chill I almost forgot to include it here.

Theme of the Week:

The Moon makes 8 different aspects today, capping off the festivities with a conjunction to Saturn at 19° Aquarius.

The Moon sextiles the Sun in Sagittarius bringing light to the Sagittarius lunation cycle. Look out for illumination or insight from a supportive someone/source. ## Midday (08:00 - 16:00, PST): Mars trines Saturn, again, this time with Saturn moving direct and Mars in reverse. Think back to the end of September - how were you balancing the strategies of overcoming (Mars) and outlasting (Saturn) whatever challenges you've been facing?

In my notes for this day I wrote: "volatile. surprise. interaction." That's because five of the eight aspects that the Moon makes occur in the last 8 hours of the day. And even here there's two different flavors of the evening. Before the sun sets on the west coast a sextile to Venus and square to Uranus (by the Moon) are likely to provide an surprise or way 'outside the box' insight - could come through music, or conversation with a Venusian sort of person. Once it's well dark the Moon moves in rapid succession through aspects to Mercury, Mars, and then Saturn. Best case scenario: accidentally finding the fix for a longstanding problem. Worst case: accidentally creating a new one with a wicked and contagious case of foot-in-mouth.

On the one hand, the talking faster than we can think thing can bring unexpected flashes of insight, and avenues for digesting some of our heavier feelings. On the other hand, if we find ourselves shooting from the lips and asking ourselves if what we have to say is "true, kind, and useful" later - we may find ourselves surrounded by sea of hurt feelings over things we can't take back.

The Moon moves into Pisces. This will be the last time the Moon and Jupiter are co-present in Pisces until 2033. Soak it up buttercups!

The Moon moves into Pisces.

Don't be a spicy spiky jerk if you don't want to get hurt or hurt people you care about. What's another potential outlet for this energy - sympathetic action/magic style - that might give you a way to ground your growth and embody your empowerment with this skyvibe? Write, stream of consciousness style. Flip through a dictionary, thesaurus, or some book and do a little bibliomancy (is logomancy a word?). Let the maddening brilliance and charlie in the mailroom style connections that Mercury in Sagittarius excels at be a gift or a blessing. See if you strategize differently, or if you can re-construct (Mars, retrograde) your plan of let's-act when you change the words you use to describe the problem you're facing or the conditions you're in.

Mercury sextiles Saturn. My hope for you is that you experience this time as one of devising and recording the clever potential solutions that popped up for you earlier today.

Try to be not-an-asshole, and watch what you say around people and in situations where you care about the long-term impact, consequences, and outcomes of your actions - your speech included.

We move into the opening square of the Sagittarius lunation cycle - what challenges do you need to overcome to move forward with the things that you started by on November 23rd?

Moon squares the Sun at Sagittarius. What are you becoming aware of that presents a challenge to the things you desire to bring into being? What inner conflicts are coming to conscious awareness for you?

Moon transits a place that is sextile the North Node and trine the South Node, offering a window for integrating the unfolding story related to the nodes and the eclipses of late October/early November.

Moon sextiles Uranus at 16° Uranus. Venus opposes Mars in Gemini. Volatile emotions that get projected onto "the other" in heated conflict? Or, passion expressed in unusual ways that give the somatic and sensual self the opportunity to process anger and aggression?

Okay, this is the big day, lots going on and it's fucking magical to boot too! Magical election stuff: I'll do a deeper dive on magic with Jupiter in some format that allows me to say in a few minutes what would take me a long ass time to write. As succinct as I can: be fucking real about the fact that there's just a razor's edge between profound and potent magic and problematic magical thinking.

Moon squares Mars, then Venus, then Mercury AND THEN joins up with Neptune. Irritable, discontent, mouthy, and deluded too. That's the extreme no thank you manifestation. Extreme only-the-best version: proactively processing intense emotions, feeling in to the way those feelings relate to our values and personal philosophy (and how we want to experience those values in/through relationships), working with our stories, self talk, and imagination to "water the plants we want to grow with our attention", and really generating/abiding in compassion, forgiveness, oneness, whatever Pisces spirituality woowoo vibes have been awakened in you over the last year in particular (Jupiter in Pisces) and the last ten if we get real broad with the view (Neptune in Pisces). The Pisces party is going to end in 2023. And this is the last time the Moon will be together with both rulers in this sign together for 165 years.

Moon sextile Pluto. Jessica Lanyadoo has said it exceptionally well, so I'mma just paraphrase her (it's a near quote, but not verbatim): "your most intense feelings are not reliably your wisest ones." If you find yourself fixated on a feel you're ready to leave behind, ask yourself what part of you hasn't had a chance to have their view on the subject heard. If you give that part of yourself space to air their grievances, what shifts or changes for you?

Mercury squares Neptune. Moon joins up with Jupiter. Venus sextiles Saturn. The Moon moves into Aries. And just like that - the final song of the Pisces Party Playlist fades out. The lights come on. Someone makes a joke about Semisonic's Closing Time.  It's not totally over yet - but in short order the fevered pitch of the religiosity and alternative facts era is going to clear out for something entirely different altogether.

Just Jot this for Jupiter's Day:

Watch out for arguments if you want to harness your creativity, imagination, and vision. Dream wild, dream en-heartened, dream big! Just, don't get caught up in fantasy and delusion thinking you live in a castle built in the sand.

Fucking take a breather! Rest. Relax in whatever ways you can.

The Moon trines the Sun and then joins up with Chiron. Was there something helpful that came through on Monday? Follow up with that, if it hasn't been following you already.

Nurture your creativity by receiving inspiration through beauty, art, and harmonious connections.

Last big push for the week.

High tension with the possibility of efficient action for better or worse. In other words, you may materialize results pretty well and that could be good or not so much depending on whether your actions were deliberate and aligned with your integrity or haphazard eruptions of your frustration.

Believing your own lies comes with a heavy price. Having a way with words is a skill that belongs to the character class: chaotic neutral.

Moon trines Mercury and squares Pluto. Venus squares Pluto at the same minute the Sun trines Chiron. Potential for a healing realization or conversation. That conversation could be with yourself too...

The Moon moves into Taurus and makes no traditional aspect over the course of the day.

As always, I hope these words find and serve you well.

If there's any way I can be of service to you in creating opportunities for grounded growth or embodied empowerment, please feel free to reach out to me at contact@bearryver.com; or, book a session at: bearryver.as.me 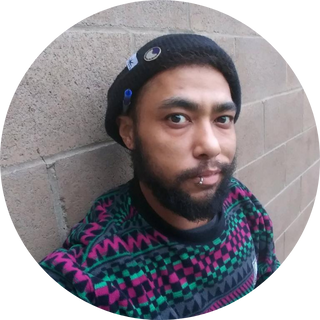